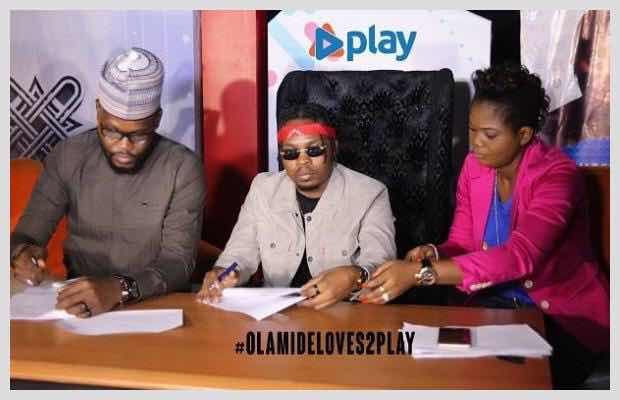 Olamide has added another cap to his feather as he has announced the opening of his own television station. The music star made this known via his Instagram page on Thursday, March 15, 2018, which coincidentally is his birthday. According to Olamide, this day marks a special day in his life as he is privileged to be a proud owner of a television station. “It’s been all joy and blessings for me since I started my journey to being the man I dreamt to be. Though I had a lot of hurdles and setbacks, I kept moving because I was certain of what was inside of me. Today is another special day marking the beginning of another special year in my life and I also have the privilege of owning a T.V station that would change the face of entertainment in Africa. “As one of the first African entrepreneurs to own a channel, I am giving out 100 decoders (PLAY TV) to the first 100 people to get to PLAY TV’s premise today. Each decoder comes with a fully paid one-year subscription to say thank you for standing by me. Thank you for your love and support. We shall celebrate more greatness,” he wrote. After changing his hairstyle one more time and signing on two young artistes off the streets, Olamide, this week, released the much-anticipated visuals for the “Science Student” video. Olamide has a lot to celebrate and thankful for as he has indeed started the year on a very positive note. It would be recalled that about a week ago, Olamide proposed to his longtime girlfriend and baby mama, Adebukunmi Aisha Suleiman. The singer had taken to his Snapchat where he posted a photo of Adebukunmi, and wished her a happy birthday. ”Happy birthday Mamito you are more than amazing…to greatness,” he wrote Then photos of an engaged Ade started popping up on Snapchat with someone putting  up a photo of the soon-to-be-bride with the caption “My senior wife…we have a wedding to plan,” and another caption “Olamide proposed to ADE……yaaaaay.”
Source: thebeat97