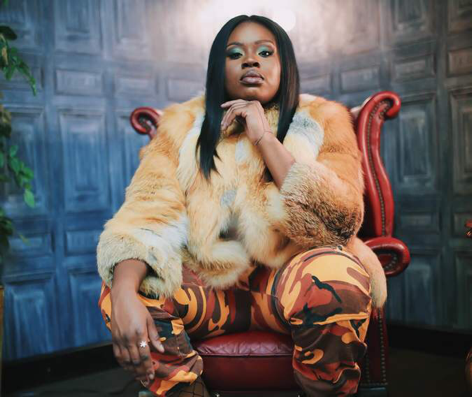 Introducing British Nigerian R&B/Afrobeats singer, songwriter and musician NKIRU with the brand new music video for her debut single ‘Jeje’, premiered via Link Up TV.
Produced and co-written by Omeiza, who has previously worked with some of the biggest UK Afrobeats stars including Ezi Emela, Dizzy VC, Ike Chuks, and Nizzy, ‘Jeje’ is a smooth and sultry R&B offering, led by Nkiru’s East London flow and sensibilities, and her infectious Afro-influenced lyrics and cadence. The record sees Nkiru waxing poetic about ex-lovers and former friends.
For the visuals for ‘Jeje’, Nkiru has collaborated with prolific video director Sam Kirx (Wizkid, Wyclef Jean, Davido, Burna Boy), to help bring the record further to life. Shot in the middle of London, the ‘Jeje’ video captures the very real life issues of trying to move on from bad relationships or friendships, even when you keep seeing the other person, everywhere you go.
Speaking about the inspiration behind the ‘Jeje’ single and video, Nkiru says, “the record shows my somewhat vulnerable side of love, which has not always been my strength. ‘Jeje’ talks about a romance that has lost its flames, and friendships that have lost their sparkle, and how we usually get stuck in the downward spiral of not being able to let go, because they are always around”.
With support from the likes of Reprezent Radio, Westside Radio and Climax Radio, as well as collaborations with N2theA (Stormzy, J Hus, Mostack, Not3s) and BoatzMadeIt (Mr. Eazi, Eugy, Mista Silva), plus early success of her previous underground releases such as ‘Mr. Maga’ and ‘Shakara’, Nkiru is poised to be leave her mark in the R&B and Afrobeats music landscape this year.
Stream on YouTube